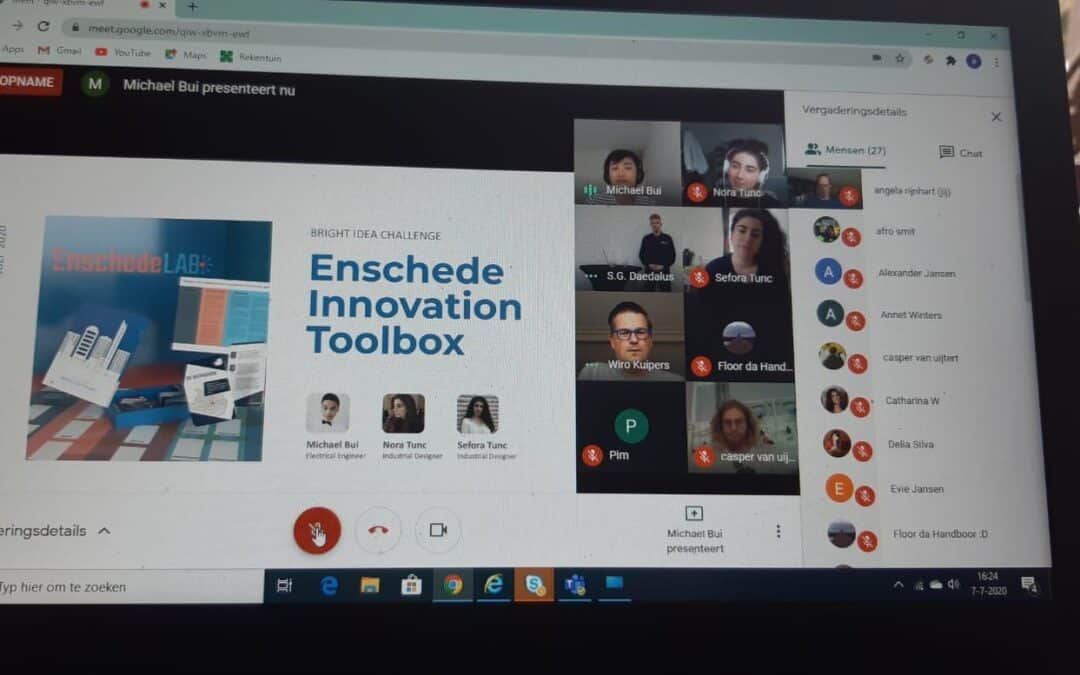 "How can students be a catalyst for ideas and initiatives in Enschede neighborhoods?"That was the question during the 'design contest' that SG Daedalus organized for EnschedeLAB from 4-7 July 2020. Seventeen student teams took part in this contest, with participants from all kinds of disciplines.

The winner of this contest was the team called CreaTers. Michael Bui, Nora Tunc and Sefora Tunc developed the 'Enschede Innovation Toolbox'. A physical product with tools that can support multidisciplinary collaboration on social issues. The idea is that both students and residents can work with it. Nicely designed, realistic to deliver, scalable and completely presented. Moreover, it can be used in addition to other work forms. The jury therefore chose this concept as the winner, and awarded the team a cash prize of 500 euros.

Of the other seventeen participating teams, the Zàs Kilómeters team and the InnovatIO team took second and third prizes. Zàs Kilómeters came up with a concept in which a multidisciplinary team of students in different neighborhoods tries to initiate initiatives and visibly support them with the WIE bus ('Neighborhood Initiative Enschede'). From there, residents and students work together to realize new ideas. The idea of team InnovatIO can support this: a digital platform / app in which supply and demand come together, driven by an EnschedeTeam consisting of students from various institutions and study programs.

The concepts mentioned will be further elaborated in the new college / school year. The other solutions submitted are also used. The aim is to allow mixed student teams to further develop these solutions and to experiment with them in a number of Enschede neighborhoods - in order to actually help realize initiatives by residents.