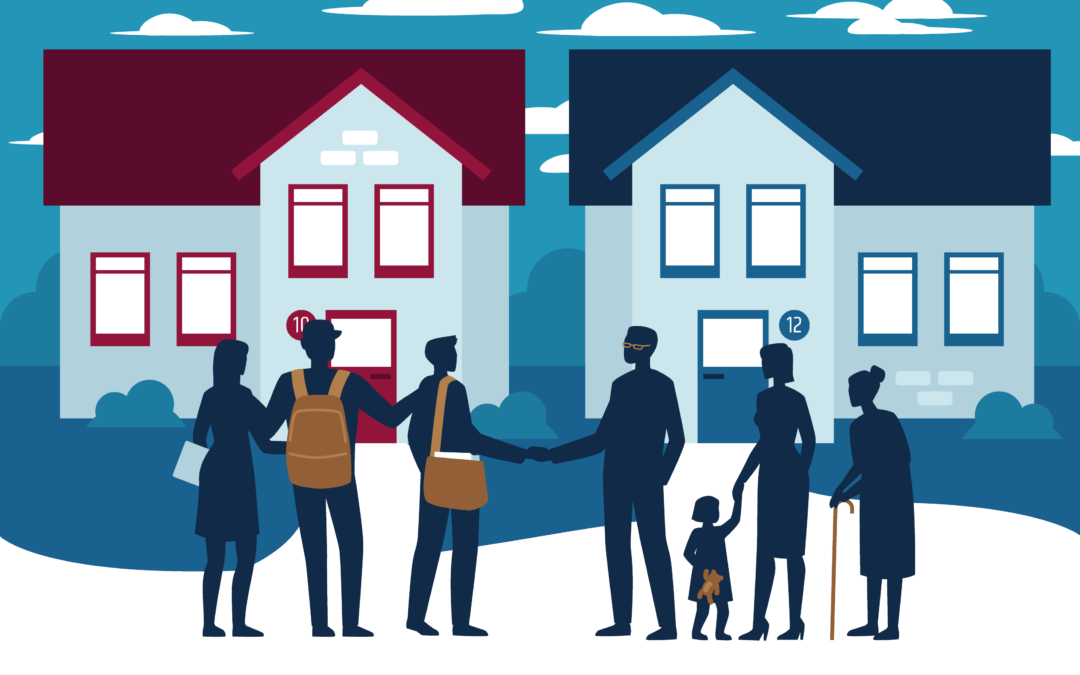 As in many other cities, Enschede has a number of neighborhoods that are very popular for students to settle in. Sometimes in separate rooms or apartments, but often also in entire student houses. Naturally, ‘ordinary’ residents also live in those neighborhoods outside the Campus. “Citizens,” to use college terms. Sometimes those citizens are good neighbors, and so are the students. Often, however, there is also misunderstanding and complaints. About noise, maintenance, dirt and little involvement in the neighbourhood. Especially after the recent lockdowns, we see that students are less involved with their neighbors.

And that’s what we want to dive into with the next nano-challenge. We focus on the question of how we can strengthen social cohesion in neighborhoods where many students live. We use Horstlanden-Veldkamp as an example area, and we want to involve residents of that neighborhood in this challenge.

Plus of course: participants! Students from one of the knowledge institutions in Enschede: University of Twente, Saxion University of Applied Sciences, ROC van Twente or ArtEZ/AKI. We challenge them to tackle this question in mixed teams. We do this at constantly changing locations (in Enschede) on four Tuesdays from 4 – 8 pm. The first meeting will be on May 31, and then we will meet on June 7, 14 and 21.

During these meetings we delve into the issue, learn to look at it from different perspectives, explore possible future solutions and reflect on them. In mixed teams, i.e. with students from other institutions and study programs – based on DesignLab’s (UT) Responsible Futuring approach. And: with food included!

Do you want to experience how that works? Do you want to contribute to a nicer city? Do you want to learn how this approach works and how you can use it? Then join us! You can register on this page. And if you have done that, then we expect you on the four Tuesdays mentioned. Incidentally, the official language is Dutch; useful to keep in mind.

We look forward to receiving your application and welcome you on May 31 to kick off this nano-challenge. A je to!