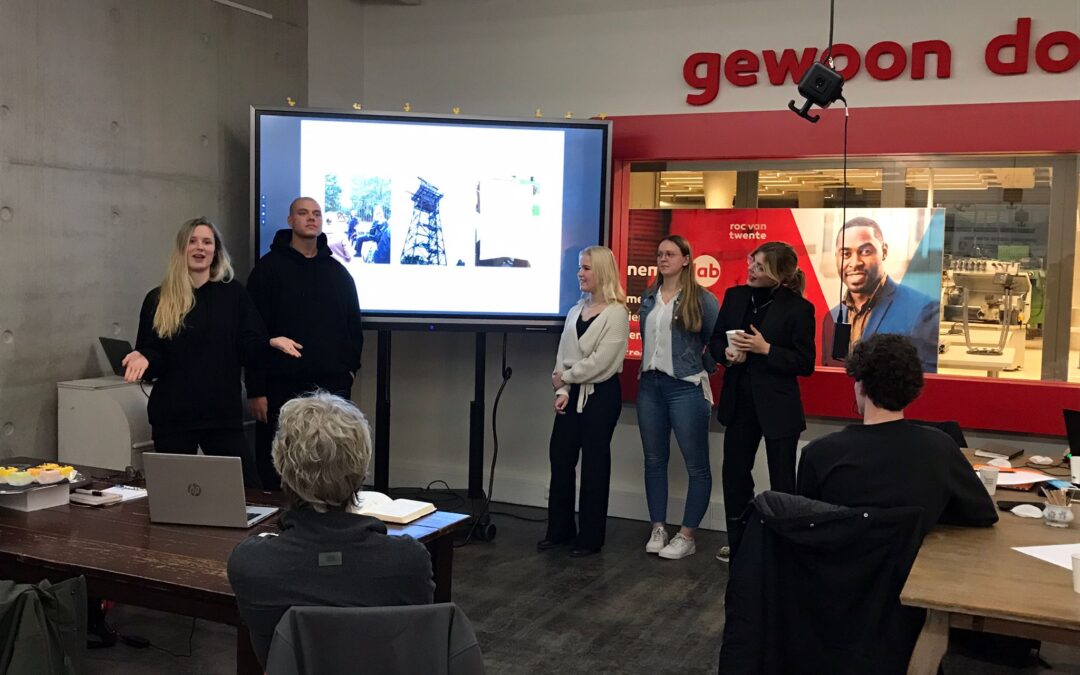 Mira: “It’s a shame that we’re done. I liked it more than I expected beforehand. Why? Well, we were given the choice to participate in this challenge, or to design a piece of furniture. When we started working for the nano -challenge, we first received such a briefing document, which I thought… Oh, this is getting boring!

Nick: “We are students of the top trajectory of the ROC van Twente, and we participate voluntarily, in order to be able to continue studying at HBO. We often work with real projects, so I kind of knew what to expect. What I especially found to be a real addition to previous projects is the collaboration with HBO students, and that we did that in English!”

Mira: “Yes, working together was nice. We had a nice mixed group of students, with sometimes some tension between similar characters in our team. Looking back, my role as ‘mediator’ came in handy, haha.”

Nick: “I think I was a ‘campaigner’. During this challenge, I also roughly fulfilled the role I often have in my group of friends: bringing people together. I tried to get everyone involved. What I learned from them was mainly broader thinking. Brainstorm like we did now; I had never done it like that before.†

Mira: “What I also liked was seeing that diversity of perspectives. Every time different speakers, cycling across the airport, an event organizer talking: very varied and instructive.”

Niek: “And that always at changing locations with good food. I thought it was great to take a look inside the DesignLab, the Fablab and the Aki and hear more about it.”

Mira: “Indeed, very diverse and valuable. And also really a way of thinking to use more often, as we learned during this challenge: from different perspectives.”

Niek: “With a really concrete result at the end, I thought that was nice. Hopefully it is also appropriate and it will be continued!”

Unlike previous times, this nano-challenge consisted of six meetings, always in the evening. We first enjoyed a joint meal at ever-changing locations, after which we listened to or put to the test a person or professional involved and then started working on it as a team. For example, we had representatives from Landscape Overijssel and the Lonnekerberg Foundation as guests, we visited Twenthe Airport, UT lecturer Veronica Junjan gave a lesson on ‘external analysis’, Peter-Richard Beeksma of Event Engineers told us about sustainability at Oerol, and We use a role-playing game to get the different interests involved on the table. And: specific solutions were worked on, which can be found on the challenge page, and which were explained at 1Twente Today.

In the video below you can see (from minute 7 approximately) participants Owen Scholten and Britt van der Aa talk about the past nano-challenge.